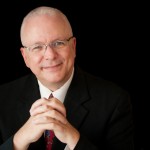 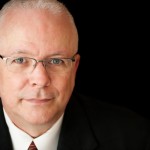 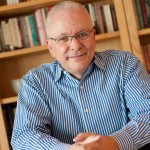 Select an image above for a high-resolution version. Photos by Julie Runia.

Recent commissions and premieres include I am here for Luther College’s Nordic Choir (Decorah, IA), A Home is More for the Denver Gay Men’s Chorus,  Promises and Interludes for The Dream Songs Project, Refuge for a consortium of seven high school choirs in Illinois, A Great Multitude for the Gustavus Choir (St. Peter, MN), illuminArias and There Will Be Rest for the Arrowhead Chorale (Duluth, MN), Mourning Songs for The Ensemble of These Times (Berkeley, CA), and Dancing on the Edges of Time for the Hopkins High School Concert Choir (Hopkins, MN).

Carnahan received his B.A. from Concordia College (Moorhead, MN) and did graduate studies in composition with Dominick Argento and Paul Fetler at the University of Minnesota. In 1993 he received a McKnight Composition Fellowship to collaborate with the acclaimed poet, playwright and filmmaker James Broughton on several projects. In 1998 he was Composer-in-Residence for the American Composers Forum’s Faith Partners Residency Project. And, in 2008, 2012 and 2019, he received Artist Initiative Grants from the Minnesota State Arts Board. The Singers: Minnesota Choral Artists premiered his large-scale music-theater work Ghost Camp in their 2014-15 season. The piece was composed under the auspices of Carnahan’s 2012 MSAB Artist Initiative Grant. The Borealis Chorale (Grand Marais, MN) will premiere The Lingering Light of Day—his 2019 MSAB project—in December, 2019.

A member of the American Composers Forum and ASCAP, his music is published by Walton Music, E.C. Schirmer, MorningStar and his own company, Craig Carnahan Music.

His music has been described as “absorbing, richly textured and emotionally stirring” (Minneapolis Star Tribune).